The aging process is difficult, not just on us but also on those around us. Most of us will eventually experience physical limitations of one form or another, but what happens when our mind begins to fail us too? 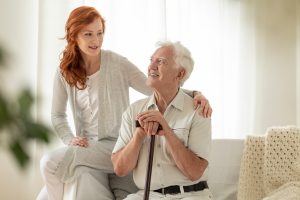 If you are concerned about who will manage your affairs when you are no longer able to, one option is to create a Power of Attorney appointing an agent to act on your behalf. It is extremely important that you choose someone you trust, as the agent pursuant to a document known as a Durable Power of Attorney.  This document  will give that person, known as your agent,  the authority to access your bank accounts and potentially even sell your home right out from under you. If have concerns about giving the agent full access to all your assets and having the ability to do anything and everything on your behalf, you may choose instead to grant the agent more limited access, perhaps to a single account or type of accounts where you could use a limited Power of Attorney. Otherwise, a general Power of Attorney grants them the same authority to access your accounts and sign on your behalf as you.

What authority does a Power of Attorney grant to my agent?

END_OF_DOCUMENT_TOKEN_TO_BE_REPLACED

A three-judge panel recently held that certain whistleblowers are eligible for protection under New Jersey law. This ruling affects the rights of people who report the suspected abuse of vulnerable family members. If you believe a family member is being mistreated, talk to an experienced New Jersey family law attorney. If you suspect that someone is in immediate danger, you should call 911 right away.

An ambulance was dispatched to a New Jersey nursing home in order to transfer an elderly woman to a local hospital. The senior reportedly had a “goose egg lump” on her head, as well as bruising around the ears, down her neck, and on her arms. No one knew where the injuries came from. The woman’s daughter happens to be a doctor who rode along to comfort her mother on the ride. The daughter asked an Emergency Medical Technician (EMT) working for the ambulance company if she had ever seen similar injuries originating from this nursing home. The EMT answered “yes.” The EMT allegedly reported the issue to her dispatcher. The daughter also pursued the matter. Thus began an investigation into possible senior abuse at the nursing home.