"If you are looking for strong representation, especially in high conflict cases, then look no further because you have found the right law group." N.A.
"Mark turned my case around from the first day I hired him. He's very strategic and he's a 'numbers' man which was exactly what my case needed!" T.D.
"If you are seeking a divorce attorney who is a compassionate human being with praiseworthy perseverance and ambition, then Mark Goldstein is the lawyer for you!" J.B.

How does the court decide which parent gets custody?

When parents cannot agree about issues concerning the custody of their minor children, the court will attempt to determine a custody arrangement that will be in the “best interest” of the children. This is typically accomplished after the court has reviewed evidence such as each party’s testimony, statements of other witnesses, and the results of the report of the “best interest evaluator” (a forensic psychologist or other qualified professional who assists the court). In some instances, the court may also consider the testimony of the children themselves, but only if they are of a sufficient age and capacity. In such situations, the judge usually speaks to the children outside the presence of the parents.

END_OF_DOCUMENT_TOKEN_TO_BE_REPLACED

My spouse and I were divorced several years ago. How can I get the court to reduce the amount of permanent alimony that I am required to pay?

You can file a motion for modification of your alimony obligation based upon “changed circumstances”. You will need to show that the change is continuing (e.g.- not merely a temporary situation) and that it is not something that was taken into consideration in your marital separation agreement or the trial court’s final judgment of divorce. As the obligor spouse, you have the burden of proving your case through records such as tax returns, pay stubs, and other documentation.  “Temporary unemployment” is usually less than a period of 3 months.  You may have to wait at least 3 months from suffering your unemployment before the “temporary” unemployment may become sufficient to qualify you for a modification or termination of your alimony obligation.

END_OF_DOCUMENT_TOKEN_TO_BE_REPLACED

Divorce cases and other family law disputes are usually handled through the civil court system. Occasionally, however, an issue arises that projects an issue from the divorce courts into the criminal court system. Typically, these cases center around issues such as custodial interference, violation of a protection order, and so on.

Not long ago, however, a rather unique “divorce scheme” case played out in federal court. According to a news report, a total of seven men have either pled guilty to or been found guilty of being involved in a group that used illegal means to coerce certain Jewish men to agree to divorce their wives.

END_OF_DOCUMENT_TOKEN_TO_BE_REPLACED 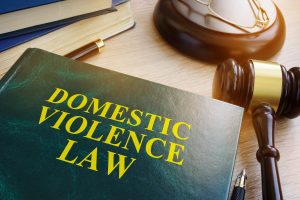 To begin, you may ask the court to issue a temporary restraining order against your spouse or former spouse. If the judge believes that you are in danger of domestic violence, he or she can issue a temporary order that is good for 10 days. The first hearing is usually ex parte, with the judge hearing only the complainant’s side of the case. END_OF_DOCUMENT_TOKEN_TO_BE_REPLACED

What visitation rights will I have if my spouse has physical custody of our children following our divorce?

In New Jersey, the term “visitation” is the antiquated terminology that simply  refers to parenting time that the non-custodial parent spends with the parties’ minor child(ren).  In fact, the terms “custodial” and “non-custodial” parent are not used any longer.   Rather, the more politically correct and current terminology uses two new designations  – the  PPR and the PAR.   These acronyms stand for “Parent of Primary Residence” (PPR) and “Parent of Alternate Residence” (PAR).  Essentially, the PPR is the parent at whose home the children reside the majority of their time.  Sometimes, if the parents share a true 50-50 (equal) parenting time, neither parent would be designated the PPR.  Sometimes however, even under these circumstances, it may be necessary to designate one parent as the PPR solely for school registration purposes, especially if the two parents live in different school districts or zones.    If the parties can work out an agreement between themselves, the court will usually approve it. Otherwise, the court must decide what type of arrangement will be in the best interests of the child(ren).

END_OF_DOCUMENT_TOKEN_TO_BE_REPLACED 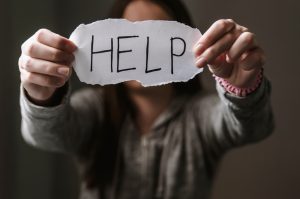 For all of the unfortunate victims of domestic violence, the days of home confinement imposed by the Government’s concerns about the spread of the Corona Virus have brought new heightened concerns to spouses  living together  who are enduring ongoing abuse.  The loss of a job, forced 24/7 engagement, and worries over getting sick have,  in many cases exacerbated an already volatile situation. Clients fear for their own safety but fear there is no alternative or a safe place to escape to.

Rest assured, throughout the pandemic,  while the court buildings are closed, the Court system IS  open and they ARE  addressing these  emergent concerns –  virtually.  During the COVID-19 Corona Virus pandemic,  I have already handled emergent family court issues via Zoom video conferencing with success and can represent you in a domestic violence Final Restraining Order case without issue, via ZOOM or Microsoft Teams.

As the lock down subsides and the Shelter at Home mandates are relaxed,  it is becoming even easier to access the court’s help.

END_OF_DOCUMENT_TOKEN_TO_BE_REPLACED 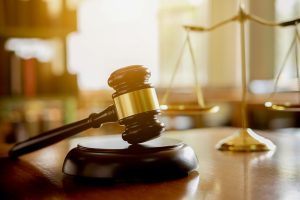 END_OF_DOCUMENT_TOKEN_TO_BE_REPLACED

Are you concerned about the safety of your child during parenting time?

During this more than troubling time, where it feels like there is no safe shelter from the Corona Virus, all parents are having extreme concerns about the safety of their children, and their other family members, when it comes to whether a child should be transferred between homes for court ordered parenting time.

If you are having any questions or concerns about exposing your child to the virus by way of permitting parenting time, or whether you have questions or concerns about not being permitted to have parenting time with your child because of the other parent’s claims of possible exposure, you are not alone.        The law is clear that the existence of the pandemic, in and of itself, is not grounds to suspend parenting time in New Jersey.  However, this does not mean that the courts will permit all parenting time in cases where a child’s exposure to the Corona Virus is higher than the average circumstance.  Every case with respect to parenting time that comes before the court will be taken on a case by case basis, depending on the facts of the case.

END_OF_DOCUMENT_TOKEN_TO_BE_REPLACED

My grandchild has lived with me for several years, but his mother wants him back now. What are my rights?

Until 1993, grandparents in New Jersey were not permitted to seek the right to visit with a grandchild as long as the child’s immediate family unit was intact. Currently, a grandparent who seeks visitation must show the family court that such an arrangement is in the best interests of his or her grandchild. When considering such an application, a court will consider the relationship between the grandparent and grandchild as well as the effect a visitation order will likely have on the child’s relationship with his or her custodial parent.According to the 2010 United States Census, about one in 10 children across the nation resides with a grandparent. In a number of cases, a grandparent becomes a child’s primary caregiver due to a parent’s unfortunate circumstances, such as unemployment, drug addiction, or imprisonment. In order to preserve a custodial relationship, a grandparent may obtain legal custody through a court order, seek guardianship, or adopt the child. In situations where a grandparent is provided with legal custody or appointed a child’s guardian, the child’s parents retain the right to engage in parenting time. When a child is adopted, a parent’s legal rights are terminated.

END_OF_DOCUMENT_TOKEN_TO_BE_REPLACED

Must I give my children to their other parent for parenting time during this Pandemic?

Sharing parenting time can be challenging in ordinary times, but these are certainly unprecedented times, especially now, with the State of Emergency and the Quarantine and Shelter in Place in effect during the COVID-19 Pandemic.  Parents who share joint custody and share a parenting time agreement are probably experiencing a difficult time now, as lives are altered by remote work schedules and residential conditions and with our children home from school.

If you are wondering how, if at all, these events may now impact your parenting time, as a general rule, the parenting time arrangement should remain the same and uninterrupted.  However, each case is fact sensitive.  If, for example,  you or your child’s other parent are having difficulties, or one party is attempting to utilize the COVID-19 Pandemic to their advantage and is trying to use the pandemic to unreasonably deny and/or limit any parenting time- what should you do?